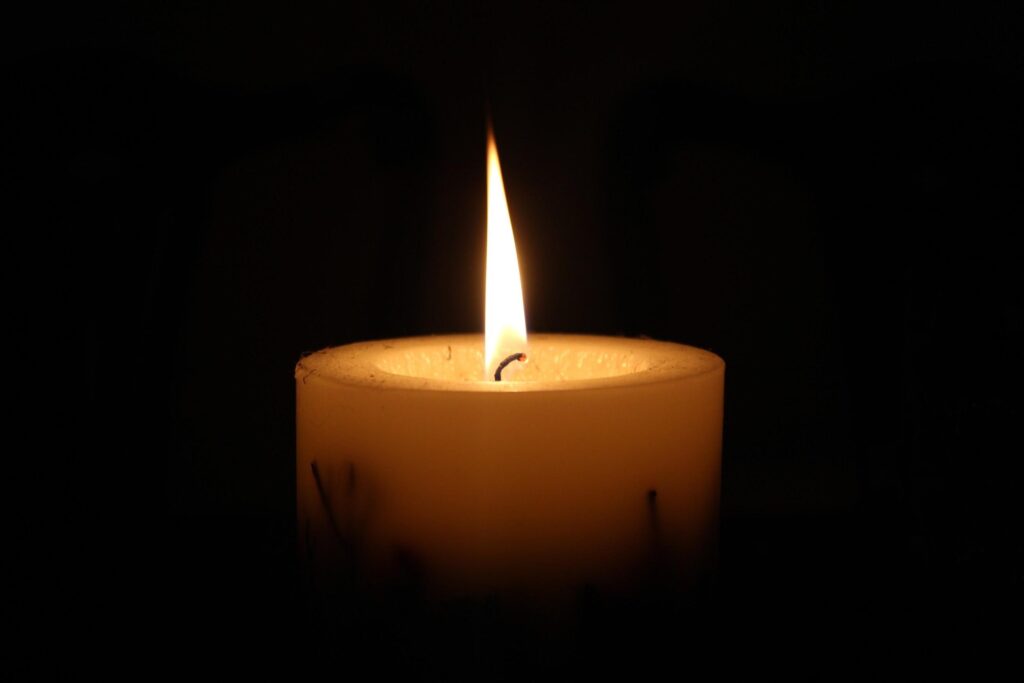 Several weeks after losing her son at only four weeks old, a bank teller’s simple question — “How many children do you have?” — left my friend reeling on her drive home. After a miscarriage a year earlier and four intense weeks spent in the NICU, she had felt unsure how to answer the question in a way that wouldn’t leave either of them uneasy, uncomfortable, or embarrassed.

“Two,” she had answered, wishing there was some symbol she could wear to communicate her grief without having to name it aloud to the world.

For women who have struggled with pregnancy and infant loss, there seems no place to mention the love they feel for babies they continue to mother from afar. Unlike the terms “widow” and “orphan,” no single word describes a woman who has lost a child.

Despite fierce love and sorrow, the lack of a convenient term often renders the loss unspoken. Pregnancy and Infant Loss Awareness Month offers an opportunity to hear the experiences of four women who have been forever changed by grief, even if the trauma is often invisible to the outside world.

Many who suffer pregnancy and infant loss grow to accept the fact that they will be misunderstood. Then there are women who choose open vulnerability which may be construed as “attention-seeking.” Others who experience emotional fatigue may quietly withdraw, which may make simple interactions feel like an overwhelming invasion of privacy.

“I lost a baby girl at 11 weeks. We had a necropsy done, and it was determined she had an issue with her 16th chromosome that wouldn’t have allowed her to survive.

When I had my miscarriage, I had to tell my boss. It wasn’t my plan, but I had a conference to attend in the near future. Without my knowledge, she told others I had a “health emergency” and asked those others if they wanted to take my place at the conference.

I started getting texts, emails, and phone calls from people asking me what happened on a very difficult day during that loss. I confronted my boss about it.  But she didn’t understand why I was so upset because she hadn’t told them what it was. I will never forget the stress she added to me during that time.”

Motherhood after loss may also look like quietly remembering while rocking a physical baby to sleep. These mothers have birthed and buried, pumped and diaper changed, rocked and visited the cemetery. It’s a picture of motherhood that’s easily misunderstood. Others who misunderstand may focus on the happiness of a living child, while glossing over a painful past of someone who has lost a child.

“Now that it’s been a year and a half since Cora died, there are a select few who still check in here and there to see how I am doing. Sadly, I also believe that some think that since bringing our rainbow baby, Jackson, into our lives, that I’m miraculously “over” my daughter’s death. I have been told many times to focus on the blessings that I have, but most people don’t understand that grief and gratitude can coincide with each other.”

Smells, places, and people have been found to trigger flashbacks and physical fatigue after a traumatic loss. Similarly, secondary losses spread a quiet sadness over so many otherwise joyous moments. First steps. First words. First days of school. Holidays. Weddings. The loss of a child impacts a mother’s life forever in many shapes and forms that so many people do not take the time to understand.

“I experienced an induced stillbirth with my daughter after no heartbeat was found at the 20-week anatomy scan. We had Carrigan on December 15th. I obviously was not in the Christmas spirit, and it was a hard time for us. I did not want to go to family Christmas parties but at the same time didn’t want to be left out.

I got really upset that our family was all together celebrating but I wasn’t there. I know I chose not to go, and I was, of course, invited, but I didn’t want to be the Debbie Downer at the party. I wanted the family to be around me without me asking. I didn’t want other people to be happy while I was going through the worst thing imaginable.”

Over time grief remains, always an undercurrent of the past trauma, but women note that it changes. It may become less demanding and less needing of other people’s validation yet still there.

“Imagine your life like a box, and inside the box is a pain button. When it gets pushed, you feel that pain of your loss. A ball bounces around that box and randomly will hit that pain button. As time goes on, your box may get bigger or your pain button smaller, but it’s still there.

The ball is still bouncing around and still hitting that pain button. It might not hit that button as often because the box is bigger or that button is smaller, but even when that ball hits that button, it’s still the same amount of pain you felt in the beginning.”

Knowing someone who has experienced a loss may require “compassionate curiosity.” This could mean expressing your sadness for their loss and asking an open-ended question like, “What has it meant to you?” Some women may choose not to speak about their experience, while others may desire space to detail everything from physical side effects to feelings of anger.

“The older generation responded in one of two ways:

1. They apologized for my loss but couldn’t really connect with how traumatizing it was. There were responses like, “You’re still young. You can try again.”

2. The [older] women who had suffered a loss communicated that they wished they could have grieved more publicly. When they suffered, they had to mourn in silence.

Although living with absence changes form, mothers who have suffered a loss may honor memory in many ways. Many women mark a child’s birth and death with quiet celebrations. Some sit on memorial benches. Others go on silent hikes or visit peaceful cemeteries. Honoring and validating a child’s life, no matter how “short” it was, is of the greatest significance. These babies were alive, and they were a part of a family just as much as any living child or infant.

“My cousin announced that they were pregnant and that they were 16 weeks pregnant with a baby girl. In text messages, they started listing the girl vs. boy count for grandkids. They included my cousin’s 16-week-old baby, but they didn’t count my daughter. Why not?

I sent a message back, correcting them that it should be seven girls vs. two boys in order to include Carrigan. I know it took a few people aback, and the conversation stopped shortly after.”

I don’t belong to the exclusive and miraculous population of women who have experienced miscarriages or other forms of child loss. I haven’t suffered the physical pains of grief in the face of losing a baby. But I openly take the wisdom from those who have.

When doctors advised against my becoming pregnant, I grieved multiple losses. In light of risking a relapse of my Lyme disease symptoms, potential risk for miscarriage and/or stillbirth, and possibility of passing infections to a newborn baby, it became clear that a biological pregnancy would be a risky endeavor for myself and my family. After weighing the pros and cons, I struggled with coming to the conclusion that carrying a biological baby maybe just wasn’t in the cards for me. It is a form of grief that like these women, I carry with me every single day. Like Melissa said, the grief from trauma may lessen over time, but it can leave a deep scar which reminds us it is still there.

I questioned whether motherhood and pregnancy equated to femininity. Was I less of a woman because I had never felt what pregnant mothers had felt? Did caring for physical children represent the only form of mothering? The answer is no.

Being a mother encompasses unconditional love alongside a supernatural bond that can never be broken no matter if the child is deceased or alive. Being a mother is an eternal role that has no end.

These stories are hard, but they proved that family and children are forever and should never be taken for granted.

I asked these women what they wished for people to know, and their one common refrain was this: If you’re experiencing loss, you are not alone.