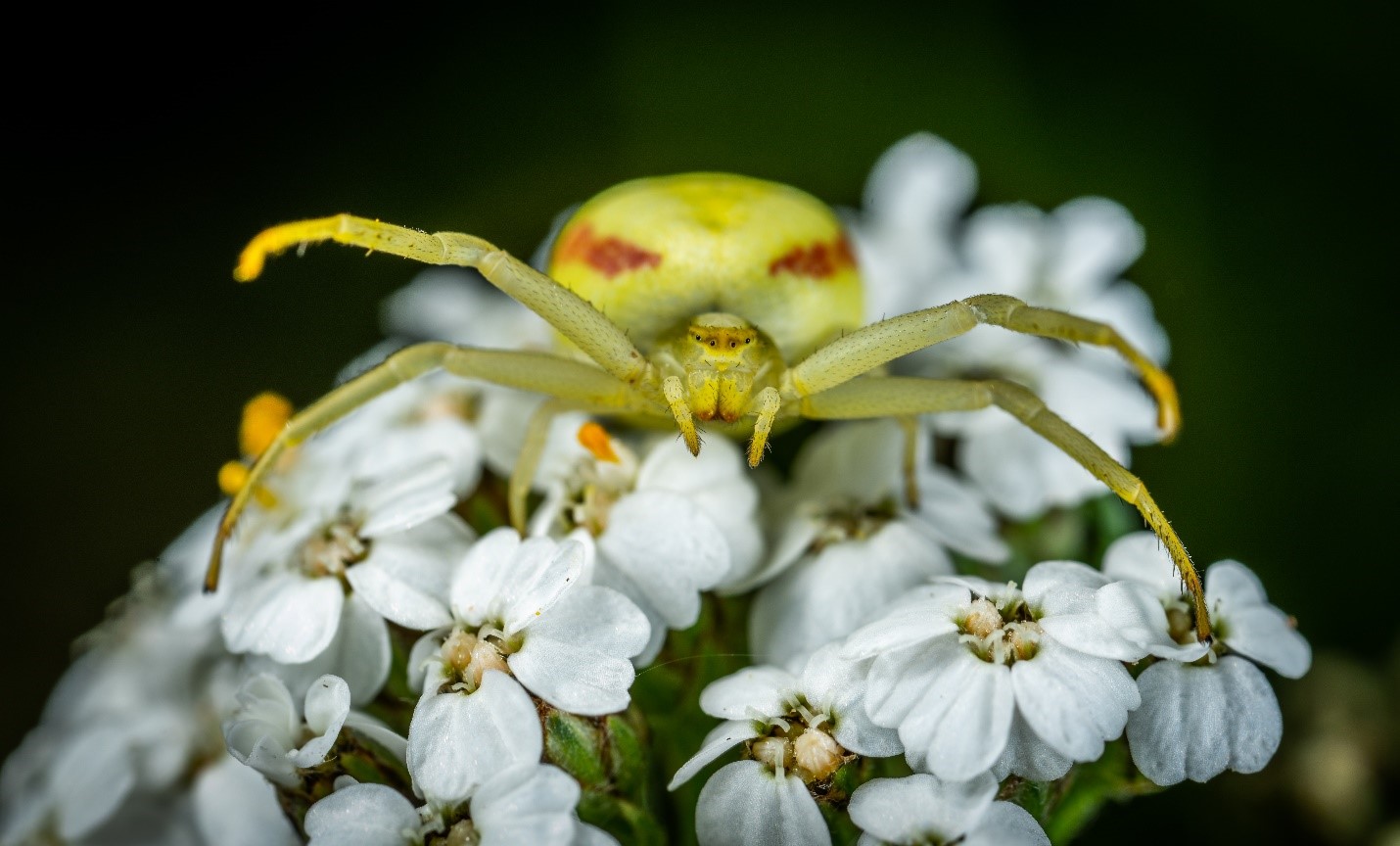 In Chicago, you brave at least six months of crushing cold. When those clouds give way to sunny skies, it feels like bliss.

Summer, though, can also itch. It can sting and bite. Bug bites from creepy-crawlies can turn you into a human pin cushion as you try to enjoy what you proudly consider your “outdoorsy” side. And while you probably just want to scratch the spot and continue on your hike, it’s best to try and figure out what actually bit you.

Some bug bites are seemingly harmless, but others are known to be painful, if not lethal. From mosquitoes to fleas, here are five common insect bites and how to deal with them.

Yes, mosquito bites are usually no big deal. And it’s true: mosquitoes find some people more attractive than others.

Puffy, red, itchy bumps appear just a few minutes after mosquitoes use their mouthparts to puncture your skin and feed on your blood. Occasionally in children, a mosquito bite can swell and become sore and red, a reaction commonly referred to as skeeter syndrome.

Mosquitoes also can carry diseases like Zika and West Nile, which can result in fever-like symptoms, rash, joint pain, and red eyes according to the CDC. These symptoms warrant an immediate call to your doctor. 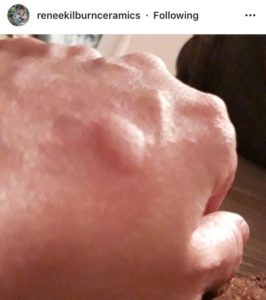 Although DEET is considered highly effective at concentrations between 20 percent and 50 percent, researchers have noted several cases of neurological problems as reported reactions to the product. What’s the alternative?

Thankfully the industry has responded with products that contain permethrin. Studies show that it performs as well as DEET and doesn’t carry the same neurotoxicity concerns.

Although the effects of mosquito bites can begin to disappear almost as soon as you notice them, others may become inflamed or particularly bothersome. Use crushed ice to reduce inflammation and numb the skin or gently dab a small amount of witch hazel—a natural astringent—over the bite.

Ticks pose serious threats to humans, but it’s not always obvious that a tick has bitten you. They don’t always leave a mark, and many are no longer attached when you discover you’ve been bitten. 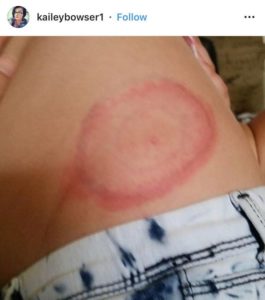 If, however, the tick is still attached, your first action is to remove it and not with “tricks” derived from old wives’ tales.

Follow these steps to stay safe and preserve the evidence you’ll need to determine if medication is right for you:

– Use tweezers or a tick removal tool like Tick Tornado to grab the tick close to the skin.
– Slowly pull upward, avoiding twisting the insect or leaving the head buried in the skin.
– Put the tick in a plastic bag and try to identify the species to determine if it’s a possible carrier of disease.
– Send the tick to Lyme Awareness, Prevention and Innovation Company | Ticknology for testing.

While the CDC doesn’t make explicit recommendations to send a removed tick for testing, it is the only surefire way to know what you’re dealing with. If the tick isn’t carrying pathogens, it could save you from expensive and health-altering medication.

Once the tick is removed, wash the area with soap and water. If you detect a bullseye-shaped rash or a pink rash on your wrists, arms, and ankles, it’s likely that you’ve been infected with a tick-borne illness like Lyme disease. Symptoms like fever, chills, aches, and muscle fatigue are also signs that require immediate attention from your doctor.

How can you protect yourself from tick bites? Shower quickly after spending time outdoors, and you might just wash them off before they even have a chance to bite you.

If you’ve made plans to take that long hike, spray long pants and long sleeves with DEET or permethrin-based bug repellant the night before. It will have completely dried before your trek.

When all else fails, ask a family member or friend to check your body for ticks after being in the woods.

Fleas have a longstanding history of carrying diseases including the plague and Typhus. Today, fleas are just annoying parasites that like to bite us and our pets.

Flea bites are characterized by red blotchy skin, and although many people remain unaware that they’ve been bitten, others react to flea bite saliva with intense itching, red and swollen welts and clustered bite marks.

Not sure what a flea bite looks like? Check out these images here.

If your pet has fleas, there’s a good chance they’re living in your home as well, after hitching a ride on your four-legged friend. Signs of fleas include specks on your pet’s skin, indicating flea feces, or small particles in the pet bedding that look like salt and pepper. You may even see fleas hopping on your carpeting.

To get rid of them, vacuum all upholstered areas, shampoo or steam-clean carpeting, and wash all pet bedding in hot water and a hot dryer. Bathing your pet regularly with soapy water also helps eradicate fleas.

Despite the urge, do not scratch flea bites. Secondary skin infections can take the form of blistering and pus which may require antibiotics to heal.

Instead, apply an ice pack on the bite to prevent swelling, itching and to soothe the skin. Wash the site with antiseptic soap and apply aloe vera gel taken directly from the plant. Calendula extracts are also soothing and help prevent itching and rash.

Horseflies are most common in rural farmland where they can feed on large animals like horses, cattle, dogs and humans, but they’re also common near water-rich breeding sites, such as lakes or rivers.

Horsefly bites are particularly painful and slow to heal compared to other insect bites almost entirely because of the method the flies use to bite.

The following are typical of a horsefly bite:
– A cut rather than a small puncture hole
– The fly’s mouthparts act like scissors to create a wound
– The fly “mops up” the blood after cutting the skin
– The fly anchors to the skin while drinking the blood with the help of small hooks along its mouthparts.

The bite in the skin itself is typically red and surrounded by a swollen area of skin, called a weal or a hive.

Need a visual? Check out these images of horsefly bites here.

Horseflies are particularly difficult to prevent since insect repellant is mostly ineffective in detracting them, but there are precautions you can take.

If you do get bitten, do not scratch the wound or it will increase the risk of infection. Clean with soap and plain warm water, using an ice pack to reduce swelling for 10 minutes.

If a horsefly bite does become infected, visit a doctor who may prescribe antibiotics.

Let’s get one thing out of the way: That red bump is probably not a spider bite. If you didn’t see the spider bite you, then the chance that one did is pretty slim.

If it is a spider bite and you got it in the United States, it’s very unlikely that you’ll die from it. Only two spiders in North America are considered capable of making you ill: the black widow and the brown recluse.

Most spider’s fangs are too small or too weak to puncture human skin, which means their bites may leave itchy, red wounds that heal within a week or so despite the following symptoms:
– Swelling
– A red welt
– Skin damage
– Itching or rash

Spider bites often take longer to heal than other insect bites, and they may affect skin tissues. It’s important to keep the bite clean to reduce the risk of infection.

For images of common spider bites, check out these images here.

In reality, all spider bites are venomous. That’s how they kill their prey. But if you suspect the bite did not derive from one of the two medically significant spiders, follow these steps:
– Apply an ice pack on and off the bite for 10 minutes at a time.
– Elevate the area to reduce swelling.
– Take an antihistamine to help with itching.
– Clean the area with soap and water to prevent infection.
– Apply antibiotic ointment to the area if blisters develop.

Seek medical attention if you’re experiencing fever, nausea or chronic symptoms that don’t go away over time or if you suspect you’ve been bitten by a brown recluse or black widow species.

Want an all natural, completely safe bug spray? I offer 8 oz. bottles of essential oil-based bug spray and after-bite roll-ons guaranteed for quality and safety. For more information email info@naturallywithtami.com or contact me on Facebook or Instagram. For all your natural health questions, check out more at Naturally with Tami or contact me to chat here.

For additional advice on how to protect yourself outside, especially during camping, click here.