You have morning routines like everyone else. The alarm blares, and you hit snooze for ten more minutes. Yoga and morning walks happen some days. And when all goes as planned, you hop in the shower, eat breakfast, and kiss your dog goodbye.

But some mornings, you lay still.

You have to call in sick, and this is crushing because years become defined by sick days. They can be defined by four misdiagnosed conditions from five misguided doctors. One says rheumatoid arthritis while the others say you’re just depressed.

When a doctor is finally willing to investigate Lyme disease, you face a host of bitterly contested realities – disputed symptoms, diagnostics, and the correct approaches to treatment.

The following are the ugly truths of living with Lyme disease and the glaring facts that should push us towards better research and treatment.

#1. Many doctors won’t treat you for Lyme disease without a bull’s eye rash.

Lyme disease infects approximately 300,000 people each year according to the CDC. However, some experts believe that the number is much higher since fewer than half will develop the bull’s-eye rash, called erythema migrans.

In fact, Lyme disease is commonly misdiagnosed when there is no bull’s eye.

Part of the problem is the lack of an accurate test. The most common test for Lyme disease has at least a 35% chance of missing the disease, yet many insurance policies won’t pay for treatment without a test indicating the disease.

Currently there’s only one FDA-approved laboratory test for Lyme disease: a blood test that relies on detecting antibodies – proteins the body’s immune system makes in response to the disease.

However, when antibody levels are low in the early stages, the approach seems to fail. In the first three weeks after infection, the test only detects Lyme 29 to 40 percent of the time. (Mainstream medicine claims the test is 87 percent accurate once Lyme spreads to the neurological system, but this is up for much debate).

The CDC warns that because the test is not likely to be positive until 4 to 6 weeks after infection, doctors who suspect Lyme based on symptoms should prescribe antibiotics even if the test is negative.

In practice, however, this doesn’t always happen.

Doctors may hesitate to diagnose based on symptoms because they’re accustomed to using highly accurate tests for other diseases, or because Lyme symptoms can look like those of multiple other illnesses, such as chronic fatigue or fibromyalgia. 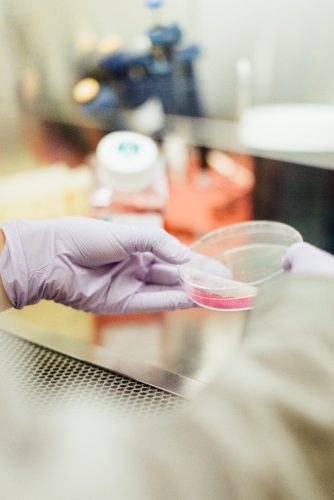 Ticks carry a toxic soup of bacteria, viruses, fungi and protozoans that can infect you simultaneously in a single bite.

The most common tick-borne diseases in the United States include Lyme disease, Babesiosis, anaplasmosis, Bartonella, ehrlichiosis, relapsing fever, tularemia, and Rocky Mountain spotted fever (RMSF), four of which were labelled in my original diagnosis.

Diseases acquired together like this are called co-infections. More than half of people with chronic Lyme disease have at least one co-infection, while 30 percent have two or more.

That means that tick-borne co-infections are now considered the rule, not the exception.

#4. Most doctors have little personal or professional experience with Lyme disease.

Lyme is a controversial disease, so much so that a simple diagnosis will isolate you from mainstream medicine.

Many doctors don’t even believe Lyme disease exists as a chronic illness, and the path to wellness is obscured by public opinion and lack of research.

Thankfully you can access a variety of online resources and directories to locate doctors who are specifically trained in identifying and treating Lyme disease.

Finding a Lyme-literate medical doctor (LLMD)—or a physician who is familiar with the vast range of symptoms that may indicate infection at various stages—can help ensure that you get the right treatment as soon as possible.

A few online resources to start with include:

For years, Lyme disease was considered easily treatable, usually requiring a single doctor’s visit and a few weeks of antibiotics.

And although Lyme disease patients will see five or more doctors over the span of two years, the CDC and private insurance companies’ stance is that chronic Lyme disease does not exist.

In fact, they refer to this chronic stage as “post Lyme-disease syndrome” or “post-infectious syndrome,” expecting patients to simply deal with the lasting consequences of the disease.

Lyme disease is an invisible illness. You won’t typically see a Lyme patient with legs wrapped in casts or bleeding sores.

Even when friends and family don’t dispute your symptoms, relationships may become a casualty to your disease.

My casualty was my marriage. When my then-husband told me he wanted a divorce, I asked him if the long-term sickness I endured had influenced his decision to leave our family & our marriage. He replied simply with, “Yea, it did.”

Disclosing medical history in any relationship can make you feel insecure and extremely vulnerable. Fortunately, Lyme disease does not define you, nor is it your fault. You’ll come to rely on the relationships that remain steadfast despite your symptoms.

#7. Lyme disease can be extremely isolating.

The struggles of chronic Lyme require looking through the window into a person’s inner life:

No one sees you struggle out of bed every morning.

No one sees the constant muscle spasms in your limbs.

No one feels the deep joint pain in your knuckles, toes, ankles, hips, knees and spine.

No one feels the constant tremors that wrack your insides.

No one sees or feels these struggles, and you don’t expect them to. But they are your “normal” and the isolating sensations of everyday life.

Many people with Lyme disease respond with PTSD-like symptoms. The long-term stress of serious illness can evolve into a similar limbic system disorder called Complex PTSD.

Chronic illness is traumatic. You often feel powerless and afraid of what the future holds.

That’s why therapies like cognitive behavioral therapy and EMDR—an approach that safely reconnects patients with the images, emotions and sensations associated with their trauma—are so essential to resolving painful associations and memories.

#9. Lyme disease can flare up during times of stress.

Lyme relapses and flare-ups can happen spontaneously, simply because one dormant spirochete is needed to start quietly replicating in the bloodstream. It’s like the way that a cancer patient in remission can’t control when cancer cells begin metastasizing again.

But your wellness isn’t entirely out of your control. Stress, it turns out, is a leading factor in Lyme relapse and flare-ups.

Stress causes a release of cortisol, which can speed up the reproduction of Lyme bacteria. The big move, the overload of mental work, the physical fatigue, or the anxiety can all create a perfect storm of symptoms, particularly if you are no longer on antibiotics.

That’s why meditation and overall wellness are so essential for people with Lyme disease.

RELATED ARTICLE: How to Reduce Stress and Protect Your Immune System

#10. If you choose to conceive, the infection can be passed to your baby.

It’s a controversial claim: While U.S. public health officials recommend that pregnant women who have Lyme disease be treated with antibiotics, they don’t believe that science has proven bacteria to transmit to a developing fetus.

And yet a number of physicians who specialize in Lyme and other tick-borne diseases say that they’ve seen evidence of gestational transmission.

While the CDC concluded that no specific birth defects have been shown from Lyme disease, transmission of the disease is an entirely different issue. The research indicates that the placenta can become infected and cases of miscarriage have resulted from Lyme. This, in itself, was sufficient enough evidence for myself and my then-husband to pursue the route of adoption to start our family.

If you’re living with Lyme disease and are searching for reliable information and effective natural treatment, you’re not alone. Reach out here to discuss your symptoms or visit www.naturallywithtami.com for more information.

For additional advice on how to protect yourself outside, especially during camping, click here.